You are here: Home / About Us / Instructor Bios

Kelly has a BFA in Theater and Dance with an emphasis in Dance Performance from Northern Illinois University, graduating Magna Cum Laude.  She taught dance in the Chicago area for 13 years and was an Artistic Director for 3rd Street Dance and Theatre Academy’s performing company. Kelly began her dance training at the age of 4 in Virginia Beach and continued her study of Ballet, Jazz and modern dance with Beth Fowler in Genoa, Illinois.  She was a principle dancer in the Fowler Dance Company and had many leading roles.  She has attended many summer intensives and received scholarships and internships with Dance Loop Chicago, Ballet Concerto, Milwaukee Ballet and Pastiche Dance Ensemble. Throughout her dance training, Kelly has found time to share her love of dance with young dancers, just as all of Kelly’s instructors shared with her.  Kelly has been with Creative Outlet Dance Center since 2013 and since then has taken on the Director of the studio’s performing theatre group, Children’s Dance Theatre, founded by Pagan Mosher and Eugenia Lanaux.  Kelly looks forward to another great year at Creative Outlet Dance Center. 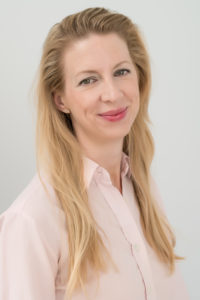 Dancing has been the star in April’s life since she was a toddler. From student to instructor, she has dedicated her life to her art and the children she teaches. April studied under Monica Barnett-Smith of Exclusively Ballet in Birmingham, Alabama, a former soloist for the Alabama Ballet along with Wes Chapman, former Artistic Director of American Ballet Theatre and current director of Alabama School of Fine Arts. She was accepted to the summer program each year with The Alabama Ballet Summer Intensive, directed by Wes Chapman. Upon graduation from high school, April accepted a scholarship for dance to The University of Southern Mississippi. At USM, April danced at ACDF (American College Dance Festival) each year. While in college, she began teaching ballet at numerous schools and found her love for teaching and started studies in social work. She moved to Jacksonville, Alabama to take a full time teaching position while earning a Bachelor of Science in Sociology at Jacksonville State University. For 6 years she remained the Artistic Director of the Dance Department at a competitive performance school in Rainbow City, Alabama. In addition to the dance department, April taught majorette field routines, competitive twirling and training girls for pageants including Jr. Miss and Our Little Miss World.   After college graduation, April moved to Gulf Shores, Alabama and began teaching for Gulf Coast Ballet and Coastal Ballet Academy for many years. During her teaching career she continued dance education at workshops in Atlanta, Memphis, Birmingham, Nashville and Los Angeles. In Los Angeles, she had the pleasure of learning from the great Debbie Reynolds and The Edge Dance Studio. She has danced the Arabian Coffee in The Nutcracker, des petits cygnet, “The Little Swans” in Swan Lake and Poppy in the stage production of The Wizard of Oz. April expanded her studies to help teach from a more therapeutic level. She received her certification in Pilates from The Physical Mind Institute in New York City and yoga teacher training at Glow Yoga in Gulf Shores. Her philosophy of teaching comes from a mind and body connection.

Before coming to Fairhope, Leslie taught tap for four years at Susu’s Academy of Ballet in Tuscaloosa, Alabama.

Nick has been exposed to many styles of hip hop and through this has developed his own style and brought his personality to the forefront of his dancing. When teaching, he wants his students to learn how to express themselves in the dance. Nick has taught extensively all across the Gulf Coast. He is also a co-founder of Dyversatile Crew. As part of D.C., Nick is able to use his talents in performing for schools, churches, and charity events throughout the gulf coast. He feels very blessed to be able to use dance as an inspiration to the youth and others in the community. He is very excited to share his passion of dance with a new family at Creative Outlet Dance Center.

Native to the Fairhope community, Suzanne Pierce has 17 years’ experience teaching children the art of gymnastics and acrobatics. She was a competitive gymnast at a young age and cheerleader for the Fairhope Pirates during her teen years. Her love for acrobats inspired her into a career of coaching gymnastics for over 10 years, which has evolved into teaching acrobats at Creative Outlet for the past 6 years. She loves teaching children new skills and seeing them grow. In the Spring of 2019 Suzanne received her Master’s Degree in Early Childhood Education. Suzanne is now an instructor at J Larry Newton School where she teaches Reading Intervention. She looks forward to teaching your child the art of Acrobats this school year. 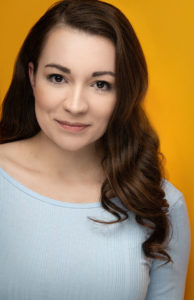 Kailee is a recent graduate of the University of Mobile with a degree in Musical Theater.  Kailee has been dancing all her life and specializes in ballroom dance and swing.  Kailee loves working with young students and inspiring them to dream big and explore the world through dance and creative movement.  Along with teaching at Creative Outlet, Kailee represents the Mobile Bay area as Miss Mobile Bay 2019!
Kailee is thrilled to be joining Creative Outlet while representing the Mobile Area.

Loved my 15 years at Creative Outlet and cannot wait for my daughters to start Creative Ballet next month! So excited to share this special studio with them.

Our students have an opportunity to perform in dance productions for local schools and public audiences at this Fairhope Institution.